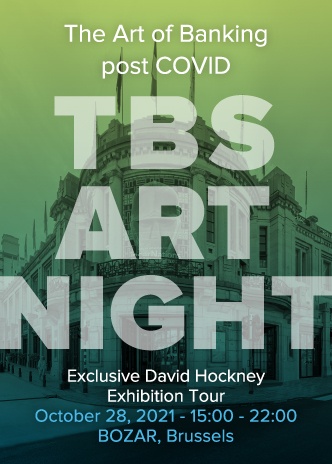 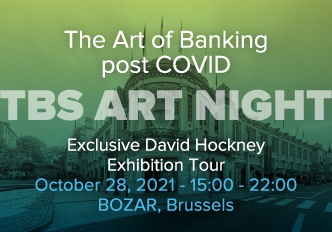 The human factors behind automation at ING and NIBC Bank

On May 6, we welcomed Jelle van Munster, Process Automation Lead at NIBC Bank and Sudhanshu Sawlani, Head of Robotics and Intelligent automation at ING Wholesale Banking, to share their experience. The more we talk about automation, the better the discussions seem to get with new inspirational stories about how solutions like robotics process automation (RPA) are positively changing banking.

ING Wholesale banking started experimenting with RPA (Robotics Process Automation) back in 2015-2016. At that time, Sudhanshu was looking for a research project in the context of the executive MBA he was doing.

So when he asked his manager for the biggest challenge for the upcoming year, his manager answered: “We want to take this automation to the next level; we want to implement robotics within the organisation.”

It became Sudhanshu’s mission to bundle the experiences with different robots and robotics infrastructures and lift it to the next level, ready to scale. In wholesale banking, it is a challenging mission because so many countries are involved, each divided over four shared operation centres, with more than 2000 people working in those locations.

Outsourcing and nearshoring was no excuse for ING wholesale banking to neglect these operation centres in their automation projects. Sudhanshu: “We sometimes tend to forget the process or the operations when it is migrated from one location to another. That’s a mistake that many companies are making by outsourcing and nearshoring the work. But we don’t stop there. We try to optimise and automate as much as possible, even when it is in a cheaper location. It doesn’t make a difference. People do the job, whether in one place or another. If it can be automated, it should be automated.”

The philosophy behind this is that by automating the processes as much as possible, you create a higher employee engagement, resulting in a better customer experience. So instead of simply migrating all kinds of processes for cost reduction, they took this opportunity to standardise them and where possible, they scripted these processes in such a way that the instructions could be given to a robot.

NIBC Bank: including business stakeholders in the process automation journey

Jelle: “The answer to this challenge was automation back in the days. Not only did we want to optimise processes but also automate them. We started to create the idea, to get a vision around process automation within NIBC. By sharing that idea, we gained traction and the ‘go’ to start working on the first milestones, RPA, robotic process automation.”

With the first successes, he gained more interest from other departments, who sent out representatives to events and reference visits to see what others were doing in process automation within their organisation.

Two years ago, they had the first bots running, initially in HR and the operations departments. The successes of these implementations were shared across the organisation. Now, they are speeding up their efforts: “Last year, we also decided to create an internal RPA team within the bank, so I think we took some magnificent steps to enable the employees to create more value and spend less time on repetitive activities.”

At NIBC Bank, rolling out RPA was part of modernising the way of working and improving the routine, mundane jobs that still existed within the organisation as much as possible, with the active involvement of the business.

A positive business case to start, employee engagement to succeed

Both automation programs had in common that it all started with a positive business case, essential to convince the sponsor and to free budget to implement the first bots. The success of the program sprouted from the enthusiasm of impacted employees to continue.

Jelle: “When you make things concrete and add numbers to it, people see it makes sense to do. You have RPA for the long term, for the short term, for the mid-term. Is RPA the way to go? Even if it is for a short period of time, then to me, there has to be a positive business case attached to it.”

Sudhanshu agreed with that and added that perhaps the business case should not be the most impressive one, but at least it has to justify the cost-benefit. Once the business case gets approved, the real work starts, as Sudhanshu rightfully noted: “Whatever it is, it is still a change project, and change always brings resistance.”

For ING wholesale banking, automation started with the customer support teams, people who come to work and do the same procedures day in, day out. These people know their job, but they don’t know how to improve their job.

Sudhanshu: “These were the people with the most resistance. But at the same time, when we showed them that by using this technology, they understood they would not necessarily lose their job. They understood they would have more time to learn and focus on customer-centric activities to solve customer problems proactively. Employees free time to assist the customer with more empathy, resulting in better customer service. And then there are also other benefits, like you don’t need to work overtime.”

Over time, people started to see the benefit for them, and their work situation. They embraced their virtual assistant as part of the team. Sudhanshu: “Automation enabled us to be faster, to be more efficient. Not only because of RPA but combined with natural language processing, these smart bots can understand the client queries better and then put them to action faster”.

The biggest opportunity of automation

The biggest opportunity of automation has become a classic poll in the ‘Automation in Banking’ sessions’. With every session, we learned new insights, which led to additional options.

Several people argued that ‘all of the above’ should be added next time, Jelle being one of them. He listed “bridging legacy with modern technology” as the biggest opportunity, although he noted to be mindful to avoid “spaghetti landscape”.

Cost reduction scored relatively low again, and perhaps we should rephrase that option. When someone in the audience asked if all the automations resulted in a lower number of employees, Sudhanshu replied that automation is more about cost avoidance than cost reduction.

He made his point with the example of the massive demands by customers for an SBB (Standaard Bankverklaring) around the turn of the year. Usually, this would require an additional 15 to 20 consultants. These costs can now be avoided.

My understanding of automation grew so much over the last year, thanks to these sessions. I started this journey fairly biased, seeing RPA as a way to reduce jobs rather than improving them. In that respect, I really liked the statement on May 6 that ‘automation is not about cost reduction, it is about cost avoidance’. Automation helps organisations better manage sudden high volumes, ensuring good quality customer experience and avoiding the cost of temporary resources.

At the same time, organisations expose their employees less to sudden volumes so people remain engaged and maintain a healthy work-life balance.

You can read more about this session in our second blog.

Make sure you free your agenda on September 9th, when we welcome Chris Skinner, author and commentator at The Finanser and Nitin Purwar, Director Banking Industry Practice at UiPath to discuss "Automation for Good: Automation as an enabler for ESG and Sustainability in Banks."