The rise of the Dragon… or is it a lizard? PSD2 got into force last week

Last week we saw the awakening of the monster called PSD2.

Did something revolutionary happen? Did PSD2 hit the headlines? Were consumers quickly adapting their financial behavior? Was there the so long predicted shake-up of the market? Did banks go bankrupt because fintech and Bigtech took over?

I may have missed it because I was on holiday, not sure, but as far as I know, nothing happened. 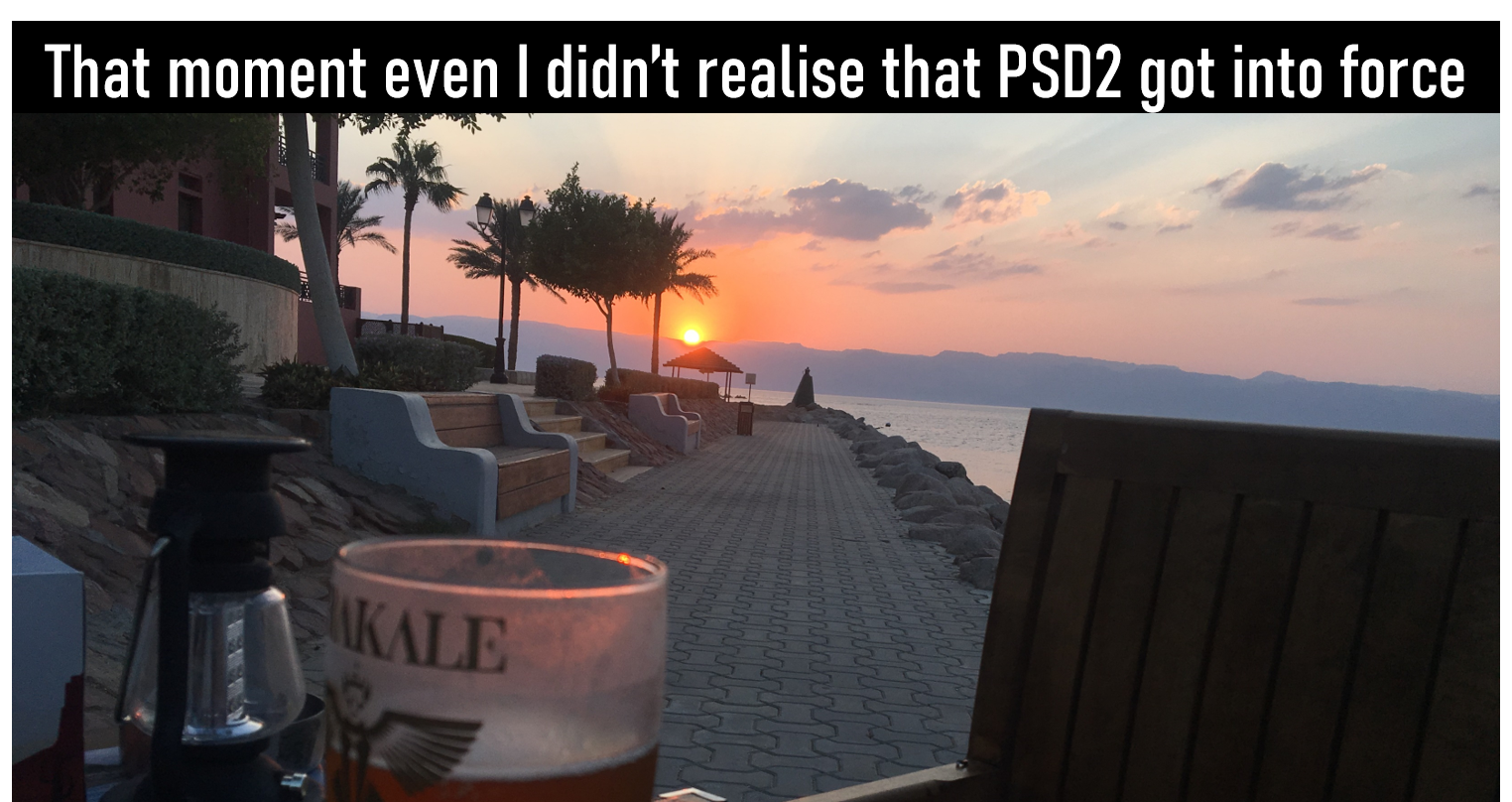 You’re right, that is where I was on September 14th, making sure I drink the beer cold, at temperatures of +35 °C. That was my priority at the moment.

The Banking Scene’s conference report showed that less than 3% of Belgian consumers know what PSD2 is about. The numbers date back from April 2019, but I doubt it would be any different today.

For the Netherlands, these numbers were slightly higher, with 18% of consumers that knew what PSD2 is about. one of the explanations for this higher number was the transposition into national law of PSD2 in the Netherlands. They were pretty late: at the beginning of this year, as one of the last countries in Europe. The press attention for this new “banking revolution” was still fresh in the mind of some of the 1.000 participants of the survey.

Don’t know, don’t bother? Perhaps… a recent study in the Netherlands showed that only 15% of Dutch households are interested in the opportunities that PSD2 brings. The vast majority (75%) is not interested in sharing their data for privacy reasons.

Looks like PSD2 is, just like PSD1, something the end-user doesn’t bother about, nor the popular press.

Despite all the work of the recent years by the industry… Trumps’ dullest tweet is probably getting more attention than PSD2 does.

A few weeks ago I was asked to provide some information on this Directive for an article in a Belgian national economic magazine and despite the clear messages that PSD2 was mainly set up to increase competition, innovation and also security, the title of the article ended up with “More possibilities, more risks”.

Fear for the unknown…

This weekend there was an article in De Tijd, de Belgian financial newspaper. The article was a one-pager on what PSD2 actually is, not on all the changed it has already resulted in.

Do no results for PSD2 yet?

Do banks actually bother about PSD2? Of course, they do, but you can see that some care about it more than others do.

There are not only differences on an organizational level but also on a geographical one. Each country is different of course. Some have more technical elements to implement, others are already used to widely available web-scraping, and may have a lower sense of urgency.

Did anything change in my Belgium bank apps? Did I already get superior alternatives to test? Nope… nothing here either… what they had before September 14 is still there, no optimized user experience yet.

I had a chat this week with someone who pointed my attention to the fact that in France only 6 banks are listed to get an exemption for the mandatory fallback scenario next to the APIs infrastructure. That is: 6 banks that are allowed to work with only APIs as an ASPSP without the need to also support a fallback mechanism. That is not a lot of banks…

Why is that? One of the reasons could be that this market is very loyal to SMS login codes of online/mobile banking, a method that is no longer compliant with the PSD2 SCA rules. On top of that, they have a few Fintechs already that have always worked with workarounds for access to bank data. So these banks already felt the impact of Open Banking, perhaps not as a real threat, but rather as “something to follow up”.

Or maybe something else? If you know it, please tell me!

Right the word is out… SCA.

Who would have expected one year ago that the three-letter word SCA was going to become more popular one than ICO?

The problems and the delays of this aspect of PSD2 are making the whole directive even more complex and difficult for outsiders to keep their attention on it.

That is where we are today, one week after the go-live of PSD2 APIs: probably behind the scene there are some things moving, but the press doesn’t get the right teasers yet to be excited, nor do consumers…

So is PSD2 a none issue?

To all of you who worked hard on PSD2 for years: the answer is no, it most definitely isn’t a none issue. Like a few participants in the Open Banking Interviews already said: it will take some time before the consumer, banks, e-commerce platforms and third-party providers can get on the same page and find the magic we were all waiting for.

That day will come though… but not tomorrow, tomorrow is a new day to getting the world used to a new reality, and that takes time, a lot of time.

If you’re interested in a few of the interviews where this period of learning was predicted:

The Banking Scene Conference in Brussels pretty clear on it, already in May: the success of PSD2 will not be measured by the awareness of the new regulation, but rather by the adoption of new, highly convenient use cases, where costumers are willing to connect diverse services, without fear of giving up their privacy.