Winning PSD2: Amazon, the Chinese, or just your own familiar bank? 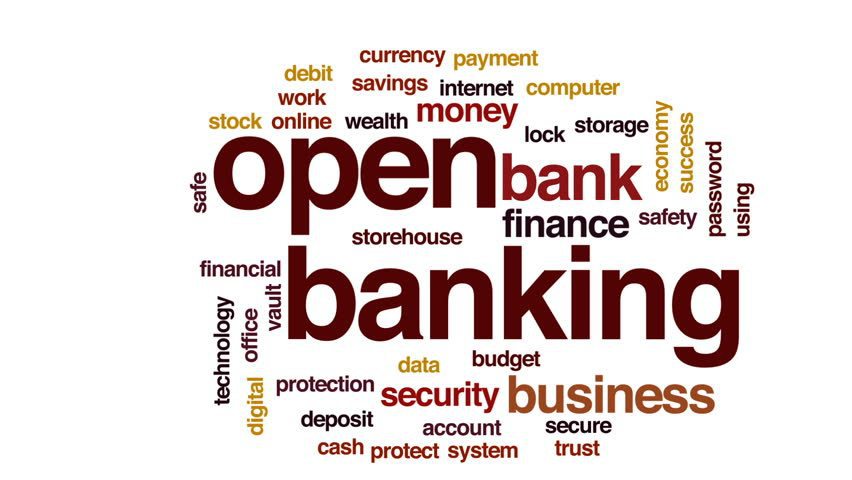 Consumers start getting aware of the front-end consequences, but slowly… thus far, only 3 Belgian banks are publicly anticipating on PSD2:

- KBC: they set up account aggregation a year ago, based on web scraping. Unfortunately, the customer experience is pretty poor. For every update of a third-party account, you need to use your third-party debit card + card reader. As a consequence, I used it only once, and for a year now, my balance is exactly the same as one year ago.

- Belfius: they have nothing in place yet to pull any data in. They have an infrastructure with APIs available, and they asked the banks to provide a connection. Nothing happened after that…because the other banks are not ready. They did launch an API platform already for third-parties to get access to their accounts and payments initiation.

- BNP Paribas Fortis: unlike KBC, they did not use web scraping technology. They onboarded Tink, using reverse engineering technology. The advantage for the consumer is that he/she can avoid the card reader. The disadvantage is, that an anonymous phone gets access to your accounts, which is quite contradictory to the role banks should play: the one of trust providers.

So yes, banks are trying to test new models, which is great. They don’t sit still, they try to find the best position for the moment the market really opens up in a few months.

KBC en Belfius are also testing the platform business. Currently, this remains limited to buying tickets for public transport, paying for parking, or checking your meal vouchers. Who knows what comes next?

As banks start testing more, PSD2 gets in the spotlights from a broader audience. Also from the press, at least already in the economic press, like this weekend in De Tijd, in Belgium. The article is titled “That is how we bank in the near future”.

To give you a bit of context for the rest of this article: keep in mind that, given the Belgian landscape, the focus here is retail banking, not corporate banking, or any other niche in the banking sector.

There are a few interesting elements mentioned there, on which I would like to comment as well.

“Why do banks not anticipate more on PSD2 with new initiatives? The problem is that banks are not eager to open their data. They try to keep competition out as long as possible. How they will react in the future, will first and foremost depend on the role they want to play in the new landscape. This is the commercial space where every bank has to decide how to position. Today banks hardly differentiate and they all offer the same thing”, says Johan Luyts, senior consultant at AE Consultants.

I agree with most of this, and I understand why banks do this. Question is what will change in the future. Perhaps we can look back in the past: the day the internet got mainstream. The power of disruption is pretty similar: banks get to a situation where they need to understand how new communication channels work and how to deal with this.

Did the internet change a lot? Of course it did, but did it really change the way banks look at each other? Did they position themselves differently?

I wouldn’t be surprised that the future will be one where the big innovator's test, and the smaller banks will follow their successes, and avoid their failures. The second mover advantage.

A few banks may reconsider their offering. Take the example of a private bank that decides to no longer provide payments services to avoid PSD2 hurdles. Maybe one retail bank will push things further than another when it comes to open banking, of course, Open Banking in the broad sense I mean.

Will Big Tech take over?

Like many others, Johan Luyts believes that the biggest threat is likely to come from Big Tech, think of Google, Amazon, Facebook... He illustrates the possible advantages for Google with a great example of a soundbar he bought recently. He did some research on the internet before buying the gadget. Of course, Google found just the right victim to spam with soundbar banners.

The frustration of getting soundbar ads and banners lasted weeks (or months?). Suppose Google could see in the transaction data that he bought the soundbar already, Google could avoid spamming the consumer with redundant banners.

Great example, but not waterproof. How can Google determine someone bought a soundbar based on a Maestro transaction that hardly mentions a supplier, a payment method and a transaction amount? If there is a one-on-one match it’s easy, but how will Google deal with a purchase of a soundbar + cables + Blue Ray disk player?

But again, does this mean Google gets into banking? No, they are just using banking data in this case to optimise their core competencies, which is not financial services, but smart usage of data and advertisement.

This brings me to an interesting test I heard at Beyond Banking conference last week, with a speech by Len Adriaenssens of 0smosis. They tested, before the recent privacy concerns against Facebook, to what extent consumers were willing to share their banking details and their Facebook details. None of that was a problem for them really, until…

Until they were told these data would be combined for a superior user experience. That is the moment that consumers started to be very reluctant in sharing data. They didn’t investigate the reason behind this reluctance, but I wouldn’t be surprised that consumers don’t like the idea that a machine starts digging in their privacy, especially not in the very private domain of financial services.

The trust factor is key in banking, they manage your money. It is not just information, no, it is money.

With a wave of bad news on data abuse, it may get even more difficult for the Facebooks and Googles of this world to convinces consumers to share their financial services.

Voices like this make me doubt whether it is Big Tech of which banks should be afraid. For years there is Apple Pay, Google Pay, and… rest in peace… there was Microsoft Pay. Even when successful, they just replace the card or cash payments, they don’t take over banking.

Amazon? Yes they are in financial services. All the financial services they offer are in function of increasing sales or to facilitate their partners to increase their sales. It is all about more volume. On top of that, they offer most of these service through third parties. So, like David Birch and Chris Skinner say, I don’t think they will evolve to a full-blown bank. They are simply in a situation where IBM was forty years ago: everyone talks about the disruptive opportunities, but in the end, they keep doing what they are good at.

It is another business model, with a very lean approach, impossible to link with a highly regulated business that banking is. A study by Bank of America Merrill Lynch showed that the average technology firm deals with 27,000 government regulations the average bank deals with 128,000. 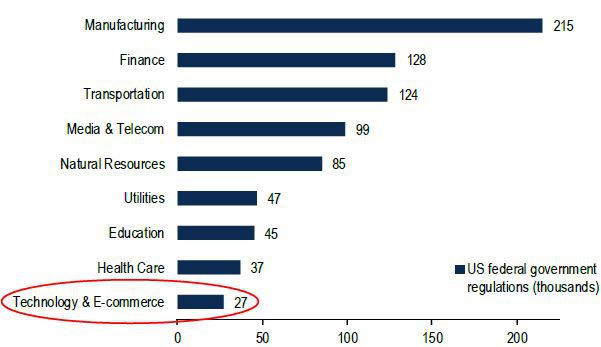 “Are Bigtech willing to invest in the massive overhead of risk and compliance related to banking?”

This was, by the way, confirmed at that same conference by Diana Layfield, Vice President of “Next Million Users” at Google.

Will the Chinese take over?

Another scenario that De Tijd suggested is that Chinese tech giants take over. I agree with Saar Carré, payment expert at Febelfin, that this is a possible scenario. Again, it remains to be seen how they can persuade consumers to switch (and how governments will act if they do, cfr. Huawei).

Take the example of Belgium: SEPA opened the cards market several years ago and yet, every consumer keeps calling his debit card a Bacontact, instead of a debit card.

Yes, Alipay is entering Europe, and Wechat as well. Currently, this is only to serve Chinese customers, who do not always have access to the credit cards that wat use when travelling.

A third scenario that Luyts highlights is the one where the existing banks offer superior services. That is, in my honest opinion, also the most likely scenario. He gives the example where banks can compare consumers’ energy consumption and propose to switch when the logarithm believes better prices are possible at other energy suppliers.

Fun times in financial services! I look forward to see what scenario will materialise and how banking will look like in a few years!