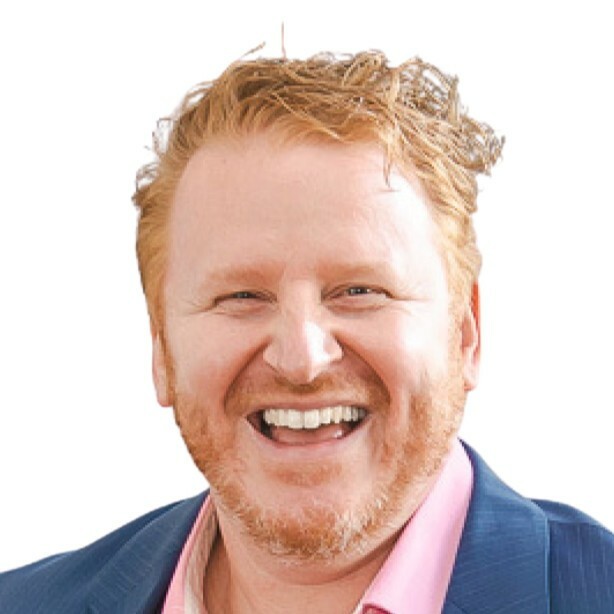 Do you have a grasp on the actual meaning and magnitude of RegTech? The RegTech story has been writing itself for a while now and last week's Afterwork session (25 November) brought together a very, very international panel and audience to discuss the latest trends in RegTech.

In 2019, Koen Vanderhoydonk brought together voices from around the globe that carried the same passion for RegTech in the first #phygital #RegTechBlackBook. The book sought to tell the world more about RegTech in all its different shapes and forms, and in doing so, find an answer to the question "What is RegTech?".

Now he's done it again in #RegTechBlackBook "The Sequel", but this time with an even greater diversity of contributors and updated insights on how RegTech has changed in the past two years. From America to the Netherlands, from Berlin to London, from Brussels to Japan and more, how is RegTech maturing around the world and what changes is it going through?

Koen and several international co-creators of #RegTechBlackBook "The Sequel" take over the show to bring fresh insights on RegTech.

A few of the international friends that agreed to join are:

What is the regulator's understanding of RegTech?

Many around the world are interested in RegTech these days and some regulators may describe it as a subset of FinTech, but is that really the case?

Nirvana Farhadi: "RegTech, to me, encompasses any industry that is hit by any type of regulation. RegTech helps to solve regulatory issues using technologies but is also a set of principles. It's not just about technology or pinpoint solutions, it's an all-encompassing philosophy that I like to advocate."

When it comes to the whispers around whether RegTech should be regulated, maybe the better question is to ask what type of regulation should there be?

Regulation is imminent and it's clear that regulators around the world are looking into it, but it's really important that regulators understand what the technology does to better inform regulator policy and decision making, explains Nirvana.

Wilhelm Nöffke, Head of AML/CFT of Finoa (the first crypto asset custodian in Germany with an official license from Germen regulator BaFin), offers a unique insight here. When BaFin took the stance to regulate crypto as of January 2020, Fino was obliged to coincide with regulations set forth by regulators even if they were not entirely for cryptocurrency or blockchain technology as a whole. "The understanding about what we do as a custodian was not very apparent in the beginning. I can quite gladly indicate that in comparison to where we are now, the regulator's acceptance and understanding about our technology has greatly improved."

In response to this, Takeshi Kato, who works in both the private and public sectors, describes how they are working on creating a legacy framework based on an agile multi-stakeholder approach in Japan. This means that private companies are communicating with government regulators on a daily basis, which is one of the biggest challenges. Furthermore, regulators in Japan established the Blockchain Governance Initiative Network (BGIN) and are proactively communicating with stakeholders in the crypto space.

Koen: "It's really nice to see how there is a new approach to distributed trust amongst players in the industry as trust is a very important element."

Then and now: what's changed for RegTech?

A significant evolution for RegTech is that it now really comes hand-in-hand with data. Regulators place the responsibility of data storage, privacy, protection and reporting on entities, but a close look at AML processes and transaction monitoring reveals a lack in the ability to track fraudulent transactions. Olus Kayacan: "The efficiency is quite low and this is where I believe the importance of processing data, harmonizing data and analysing the predictive power of data is important."

Data privacy is a major concern amongst banks and financial institutions, especially when it comes to hosting data on Clouds. Banks have very stringent due diligence in place for data and is a topic RegTech solutions need to be mindful of.

Nirvana Farhadi: "I'm seeing a mix from where we are. There is still an initial resistance as banks ask what the market opportunity for RegTech is, but this attitude is changing. Especially with COVID-19, RegTech type solutions have had to be adopted very quickly and rapidly. Given the impact and rapid change in technology that we're seeing day by day, we need technologies like RegTech to help us navigate the new normal."

Impressions on the future of RegTech

RegTech is here to stay and there's no denying that it will steadily experience wider implementation than it does today. RegTech is also a global opportunity, one that spans beyond financial services to encompass any sector that's hit by regulation.

We're still just scratching the surface of everything that has to do with RegTech. If banking is art, then RegTech is modern art. I advise all of you to keep writing the art of RegTech.