A few meanings of trust, translated to financial services

What do you do during the Christmas period? You celebrate with the people you trust. Ever wondered what that means, trust? What is trust?

I also used the Christmas period to read Rachel Botsman’s book “Who can you trust?” to get a better understand of what trust is all about. Her deep insights into this matter, mixed with concrete examples made it a real joy to read. I can highly recommend it to all of you.

In the meantime, you know that trust is also the central theme of The Banking Scene Conferences this year, in all three: #tbsconf20lux, #tbsconf20ams and #tbsconf20blx. Trust is a very abstract concept, which opens a lot of doors for creativity on the agenda of conferences and inspiring discussions that can go into any direction.

What is trust? Blowing a dandelion not caring about anything around you, whether that is in space or in time. This could be a definition of trust. Rachel defines it as “a confident relationship with the unknown”. 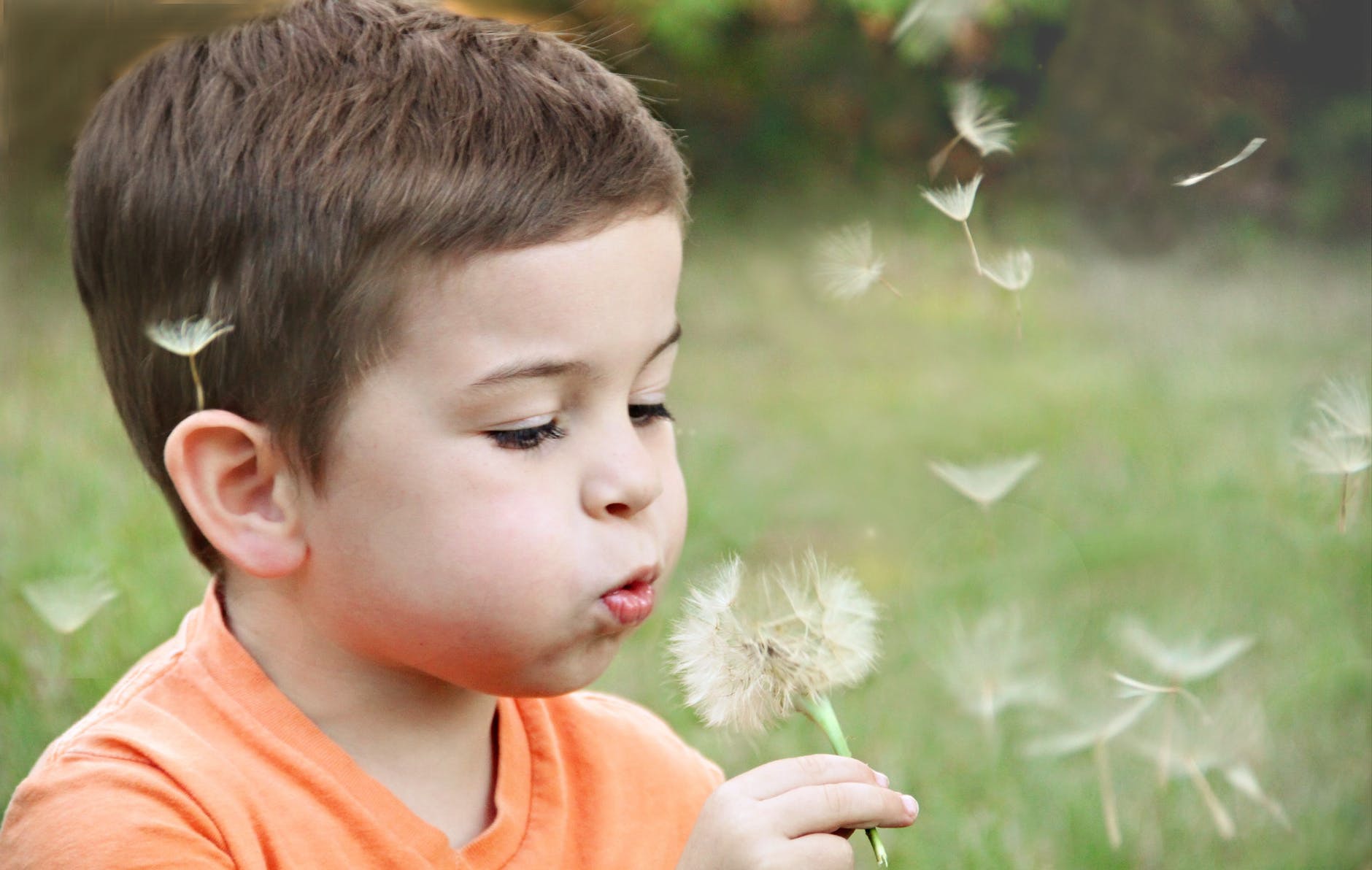 I will help you through the concept of trust and translate this a bit with my view on the financial services sector. See it as a teaser of a few things you may expect during our conferences. Like I said: talking about trust provides a lot of opportunities for creativity, and my truth is not a general trust, nor the complete truth. It is a simple interpretation of my view on banking and of me having read Rachel’s book.

Rachel is the expert here; she deserves all the credits in fact.

A definition of trust

Rachel: “Without trust, an understanding of how it is built, managed, lost and repaired, a society cannot survive, and it certainly cannot thrive. Trust is fundamental to almost every action, relationship and transaction. The emerging trust shift isn’t simply the story of a dizzying upsurge in technology or the rise of new business models. It’s a social and cultural revolution. It’s about us. And it matters.

Rachel found out that the history of trust can be split up into 3 eras. They are based on the way society dealt with trust leaps. A trust leap “occurs when we take a risk and do something new or in a fundamentally different way”, we put ourselves in the unknown. As a small kid, a trust leap could be something like crossing the street, when we get older it could be the start of a new job or the usage of new technology for example. The way we evaluate whether to not to take the risk of doing something different than before is the trust leap.

A great financial example she gave is Alibaba that struggled in China with the shift from local trade to global trade. Chinese locals traded with people they knew only. Jack Ma completely changed the rules of the game. One of the measures to make sure people dared to use the platform was an escrow service: you pay for goods and the money stays on a separate account until the goods arrive.

So, coming back to the history of trust. There are 3 clear distinctive ways of how we, as a human being dealt with trust.

A banking history of trust

The industrial revolution created a new wave of expansion and global reach. This was not any different for banks. Although the local banks remained very important, a few global brands woke up and expanded all over the world.

They transformed into institutions. Brand and physical coverage (branches) became the dominant factor of influence. People did no longer trust these institutions because of the owners, but because of the image, the reputation, the brand. Douglas Rushkoff: “brands arose as a way to compensate for the dehumanizing effects of the Industrial Age. The more people had previously needed to trust the person behind a product, the more important the brand became a symbol of origin and authenticity.”

In the ‘70, the ’80s, the ’90 and ’00, the industry moved to the era of ‘institutional trust’. Consumers relied on ‘the bank’, on the industry as a whole. Trust was no longer a pure corporate event, but a sectoral event.

The financial crisis showed the world that not every bank was reliable, as trust rebalanced towards a sectoral dimension, all banks were infected. In an era of ‘local trust’, with only local banks, the risk for infection of one crisis into a global one would be a lot lower (although it was not the first global crisis of course).

Trust was lost. All banks were impacted by the overall perception of the industry because we evolved from local trust to institutional trust. In times of crisis we observe that humans try to rely back on what is closest to them, it feels safe.

The shift of money during the crisis from big banks to smaller banks in Belgium is a result of that. When people lose faith in the institutions, they tend to rely more on local trust again, and local anchoring feels more trustworthy.

Additional items added upon the negative perception of the industry. Terrorism, ecology, fraud… all hit the news. In all these topics, and many more, there is one constant: money flows. And who handles the money flows? Banks and more specifically the big ones, the ones with global reach.

Banks cannot be blamed for all the bad things in the world. You know that; I know that. The only problem is how to change the perception that they are involved in these crimes. That is why a debate on trust is so important.

I personally think the future of banking remains a valid one. Blockchain is currently NOT looking at disrupting the industry, but merely facilitation it. Bitcoin is currently NOT able to defeat digital currency initiatives of Central Banks. But change keeps coming and the industry didn’t fully recover from the last wave of change.

Financial intermediation is one of the key activities of a traditional bank: making sure that excess deposits are invested back in the economy through lending and investments. Deposits are aggregated and transformed into credits. Part of the profits go to the deposit account (= the interest), and part is a risk premium for the bank. The latter will cover potential losses, so the deposit account holder stays out of that equation. This is something a P2P system cannot sufficiently replace at the moment.

In a way, you could say that banks have been building on distributed trust already for decades, before it was even a thing. They created a platform in which consumers could trust, they were sure not to lose any money, on zero risk products.

Like Uber connects drivers with people in need of a car, banks connect excess money with a deficit, and the one with excess trusts the bank, and does not care about the counterparty, who is trusted by the bank.

With interest rates going to 0, banks have yet another battle to fight. How can we explain to customers that circumstances force banks to stop compensating for the money they put on an account? This is a trust issue that technology cannot solve.

That brings us to the other consequence of distributed trust, one that banks have no impact on: consumers are being activated in the public debate by social media. They got a voice. Thanks to the network, the voice became a scream, capable of infecting others, like a virus. At least in case of bad news or bad influence.

Trust in times of uncertainty

Trust me, it is so much more important to talk about technology than talking about the opportunities from new technologies. Sure, new technologies can help us in finding an answer in the debate of trust. Companies like BlaBlaBla, Alibaba, Uber… demonstrate this every day, banks as well by the way. These players know WHY they are using the technology, it is not their end-goal.

If we don’t know what to do with new technologies to make the industry healthier and ready for a trusted future, than why should we invest in it?

Rachel Botsman refers in her book to a study of Onora O’Neill, who point at 4 elements that are key in the process of determining whether someone or something is trustworthy:

- Integrity: why do you do what you do?

- Benevolence: are you doing what you’re doing for the better good?

- Competence: how capable are you in doing what you do/offer?

- Reliability: how consistent are you in what you’re doing?

Integrity and benevolence play an important role in the game called trust. That is also why I keep hammering on banking for humanity: why, for which higher purpose, does bank A provide banking services?

In the age of local trust, the first 2 elements mainly determine the trustworthiness of banks. Their local anchoring gave a bank also responsibilities and they had a social impact: which was to stimulate the local economy and cohesion of society. Sure, you needed to be capable and reliable, but it was the social control that determined if you were successful.

Technology and globalisation changed the balance. Digitization created a concentration of similar services in a similar location: with the internet, every bank could services the same market.

Local banks and global banks started playing in the same battlefield. Competence and reliability became the main differentiators and along came the hunger for scale, to make sure institutions could do the same at a lower cost. That would squeeze out the small ones.

Today technology gets cheaper, gets more human and more trusted. The game is changing again. Open Source Software and Cloud Computing resulted in a new redirection in the history of trust. Companies like Solaris Bank sell their competence and reliability so you, as a bank, can focus on your brand, on your integrity and benevolence (check my previous blog on “The Future is to the nimble and the niche”)

The tools to prove competence and reliability gets distributed. Smaller niche players get equal weapons to compete in the banking market, as we could see in recent years with banks like Monzo, Revolut and Starling Bank.

The equation of trustworthiness is rebalancing towards integrity and benevolence. Or isn’t it?

I look forward to continue the debate at: