'20: The decade the industry shifts from technology first to human first

What a year, what a decade!

Looking forward is what I like the most. Figuring out how our future may look like is what drives me most of the time, also at the conferences I organise.

The Banking Scene Conference 2019 was about “Banking for Humanity”, a broad theme that discussed the importance of looking at financial services in a much larger context than simply ‘technology’, innovation’, ‘AI’ or ‘Fintech’.

The theme covered discussions on all kinds of societal trends in the context of financial services. I am convinced this was only the start of a much larger journey that we’ll see evolve in the coming year. I’ll tell you why.

We all know that after a storm comes a calm, but it remains cloudy. 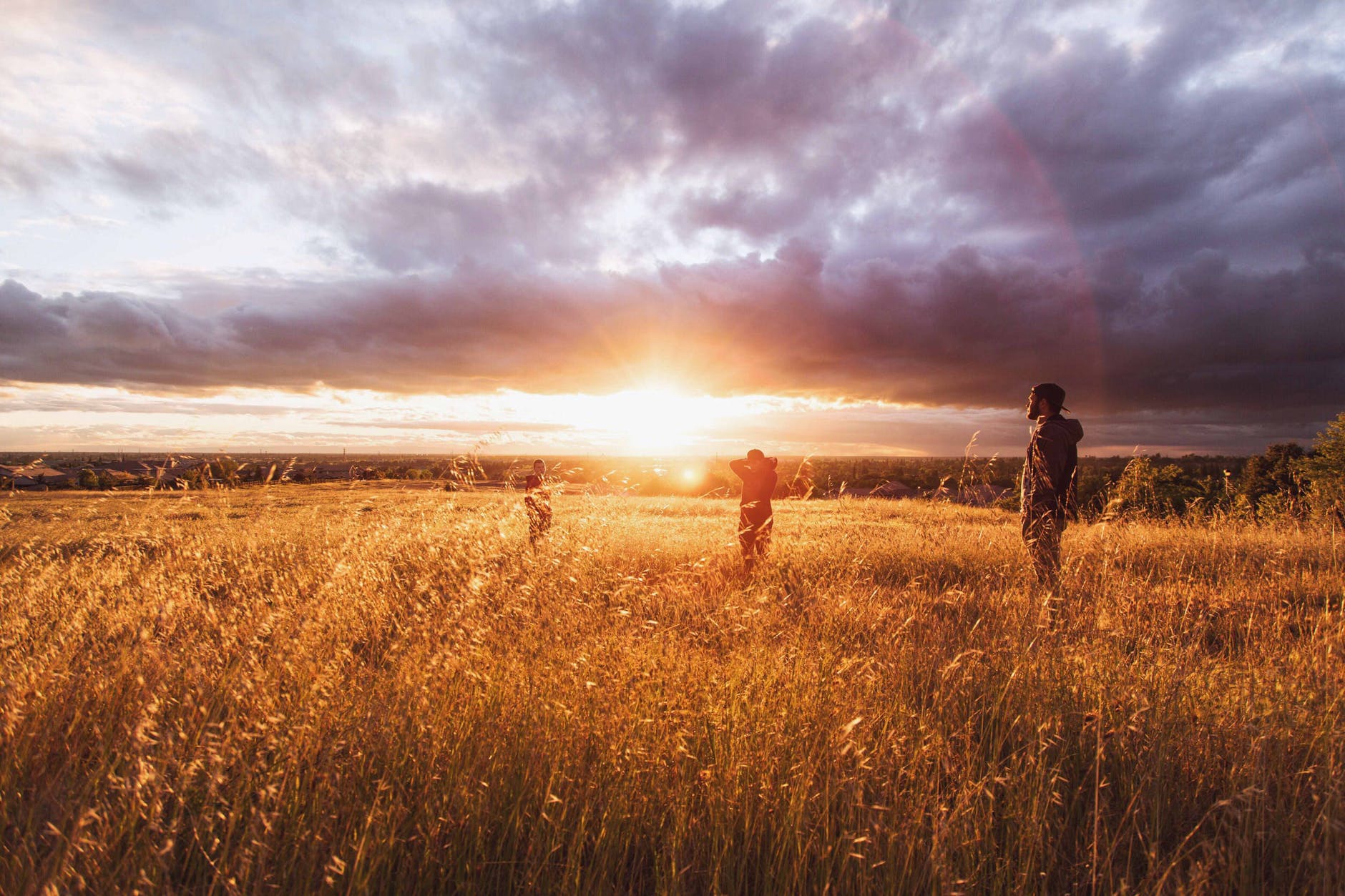 The ’10s were about risk management and technology adoption

I started my professional career in September 2007. 2007 was a year like many others: banking was going great; it was still cool to start working at a bank. Things were moving forward as usual.

In September 2007, despite my economic background, I didn’t see the crisis looming.

A year later, things were changing… fast! I don’t think I have to explain to you all over again what happened. In summary: 2008 showed that in financial services nothing should be taken for granted.

It was a fascinating time to work in the payments space.

Risks that were never considered before, now required to be hedged. How do you deal with big banks that go bankrupt? How do you make sure you don’t lose any money in the global payments network that is mainly built on mutual trust? More importantly: how do we cover new risks when they arise as soon as possible?

It was a fascinating time to work in banking, but not fun.

Banks were blamed for the global economic crisis. They had taken too many risks and quite a few became too big to fail. Governments didn’t know what to do with this new phenomenon.

The world didn’t trust banks anymore and for a good reason. Why did they have so much power? More importantly: how is it possible they didn’t see this coming?

The ground under the feet of bankers was shaking. The crisis completely changed the perception of society and the regulator towards banking. At that same time, new technologies would soon mature with tremendous new opportunities, also for banking.

New companies rose from the ground. 2008 is seen as the year fintech was born. Fintech stood for new companies that wanted to change the financial world with technology. These new, often young entrepreneurs started building solutions. Briefly, they could be split into 2 categories here:

I left my bank employer in 2010 and continued my career as a consultant in the payments industry. 1,5 years I helped banks and financial services providers in their transformation, before taking more distance from the industry for a few years.

For 3,5 years I worked at a retailer as a business controller and I had nothing to do with banking and payments, I only followed it up through my LinkedIn Group, Innovation In Payments, that celebrated its 10th anniversary this year by the way.

Over the years we saw banks struggling with online banking, later they struggled with mobile banking. They built their own stack, or they partnered with Fintech players. The offer merely changed though; it was just the channel that changed.

“Mobile First”, “Digital First” … were the mantras that drove innovation teams and hackathons.

The ’10s were about breaking silos and making silos

Everywhere, we heard the message that banks should be breaking the silos. Banks should build flexible core infrastructures, in the cloud.

At the same time, Fintech players animated the industry with all sorts of niche solutions. Thanks to the cloud and more modern infrastructure, these solutions were easier accessible.

People all looked at it and saw the tremendous opportunities to provide better services for the products they owned. They looked at it from their own interest. Silos were being broken down at the back and the front didn’t know how to grasp the real opportunities of this. The ‘business’ kept playing according to their own rules and continued to think in silos.

To some extent, this business should not be blamed. They are also pushed to think this way by the regulator. Of course, one should keep in mind that recently implemented regulations are discussions that started 5–10 years ago. They no longer represent the current mindset in the industry.

Take the example of PSD2: it is only valid for payment accounts. It forces banks to open up, to ‘break the silos’. The biggest frustration today concerning PSD2 is that a bank does not have to share data for savings accounts or investment accounts. I can understand and I can argue why that is.

Although I am starting to change my point of view on this: the more I can take a distance from the discussion as an independent, the less I am convinced that it should only be payments accounts. I mean: if a consumer should have ownership over his payment data, why shouldn’t he over his savings data?

Looks like we need more silos to break in the future for a better financial system.

MiFID (Markets in Financial Instruments Directive) is a regulatory framework for more transparency in investment solutions and insurance. Lending and payments are (logically you think?) out of scope. Again, I understand why. Investments and insurance are very complicated products, where most consumers are simply looking for a return or a risk being covered.

At a recent conference, we had a small debate on the added value of bringing some of MiFID principles also to payments. Things are getting increasingly complicated and intertwined with Open Banking, tokenised cards etc… Consumers don’t care how they pay, they want to get their goods. They are often no longer aware of what they are paying with, and what the consequences could be.

On top of that, increasingly more companies figure out that easy revenues are in the lending space, so we see more and more organisations seamlessly integrating lending products (or “Pay Later” products) in their payment solutions. Perhaps some of the MiFID principles do make sense in payments as well, and specifically the principle to “offer the customer services specifically tailored to his situation”?

Transparency is king, also in payments.

Looks like we need more silos to break in the future for a better financial system.

Technology and innovation seemed to be the end-goal

There were 2 big constants:

I bet that if you look at all the innovations of the last 10 year at big banks, they were indeed mostly about increasing cross-selling opportunities and providing similar processes at a lower cost.

Things are changing though. For a few years now we see banks and financial services providers looking at things differently. The industry starts to understand that simply selling financial products is no longer enough if they want to be top-of-mind in the market.

We see more solutions and solution providers that put the customer, and his personal situation and interests, at the centre. Banks and fintech are no longer interested in purely selling as many credit cards as possible (and the consumer would no longer accept it).

Think of the gambling blocker of Monzo and Starling a few years ago, the flexibility of consumers to activate or deactivate contactless,…

Think of Alipay and bunq that plant trees for every transaction made, bpost bank has a similar initiative, the plant trees in depending on the amount invested in an ecological investment fund.

Think of the invisible savings solutions where the banks will round up every transaction and put the difference on a savings or investment account for when you really need it.

Think of players like Dyme in the Netherlands that take advantage of PSD2 and his client’s account history to review its subscription for cheaper living.

Only if banks can truly put the customer at the heart of what they do, they will be able to gain trust again.

The industry had 10 years to get used to new technology and a new economic reality. I really hope that in the coming years we can make a shift and use technology for better sake.

Perhaps breaking silos is not the right ambition. We probably need to start breaking industry walls and reflect on what role a bank has in building a more human, a more healthy society.

Technology is a means to an end. Banks and fintech should soon realise that the end should be the customer and society. This mindset is growing. A more open environment, sufficiently secured, will drive innovation in the coming years. We see it in the evaluations of PSD2: there is an understanding that for Europe this was just the beginning. In regions that are just at the beginning of Open Banking, they learned from this and they are already thinking further.

Financial services are at the heart of our economy and our society. They can make or break societal ambitions. A positive and creative reflection on how banks can cope with this in the future will also determine the industry’s reputation.

That is why I had Banking for Humanity on the agenda this year, with topics like climate change, diversity and personalised banking. That is why the human touch in technology is so important.

All of these elements matter if we want to rebuild the trust we had in the past.

Share this via
Harvest pexels photo free to use Snapwire